Liability and insurance cover in respect of towage 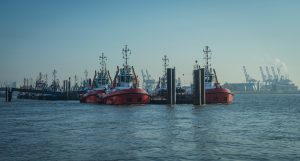 1) Insurance cover for the towed vessel or object (Tow)

The insurance will cover liability arising from:

The insurance will cover liability arising from:

The P&I insurance provides cover for liabilities arising from towage operations both to the Tow and the Tug, but the cover offered by the P&I Insurance is conditioned as the towage contract must be approved by the insurer in advance.

Since the cover for collision liability for the towing vessel is excluded under the hull insurance, and the cover offered by the P&I Insurance is conditioned, Alandia offers an extended insurance cover for vessels performing towage operations. An extended cover can be agreed under the hull and/or the P&I insurance to cover the shipowner’s liability to any third party when another ship or object is being towed. To ensure that you as a tug operator have the best possible cover for your needs, please Contact us for more information.

Preparations and planning before towage:

CONNECTION OF TUG AND CHECKS AT DEPARTURE

Trauma in Shipping: Next steps