The weakened Gulf Stream is a threat to winter shipping

New data shows that the Gulf Stream is weakening. Scientists are seeing a 10–20% decline in the stream’s circulation, its weakest in 1600 years.

This worrying development has a direct impact on winter shipping in the Nordic waters.

– If this forecast is accurate, both officers and crew will face new challenges. But there are ways to tackle these, says Tommy Brune, Senior Claims Executive at Alandia. 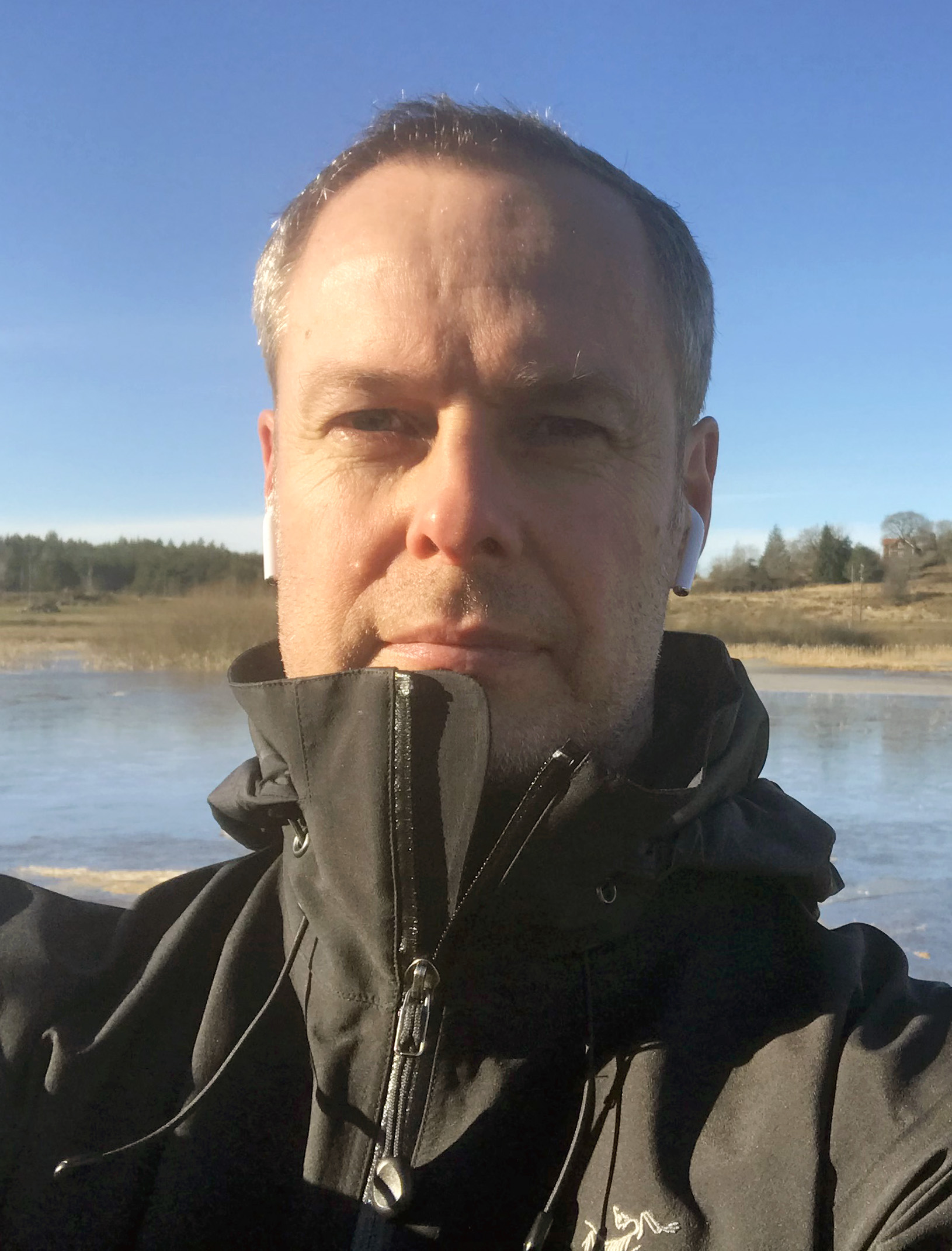 For Tommy Brune, who himself has experience of ice navigation in both Canada and the Nordic region, the last few winters have proved that it is time to scrap the old saying No ice in January means no ice this winter.

– As I have spoken to the Swedish Executive Board of Ice-breaking Services and several Captains on our icebreakers, it has become clear to me that the winter period has shifted, says Tommy Brune.

The water masses in the Bothnian Bay and the Bothnian Sea have become warmer and that change means that the freeze-up happens later. In addition to that, the warmer water feeds more energy to the air masses above the sea.

– That results in stronger winds and at times heavy snowfall above land when these air masses have been fed enough moisture from the sea.

The strong winds also press together drift ice, either along the Finnish or the Swedish coast, depending on the wind direction. That produces jammed brash barriers that are much longer than experienced before.

– That creates concerns for our icebreakers as these longer jammed brash barriers can be very hard to force. Not to mention how challenging the barriers are for regular vessels.

The combination of later freeze-up and temperatures close to zero degrees Celsius creates belts of drifting ice that quickly can change position, depending on the wind direction and strength.

– These changes create volatile situations where the crew needs to be alert at all times. Depending on how dense the drift ice is, it is a much more challenging environment to navigate in than solid ice. A compact ice sheet is more predictable than drift ice, it can surprise you by quickly creating thick belts that are difficult to penetrate, says Tommy Brune.

And then there is also another risky combination: open waters, wind and temperatures close to zero degrees Celsius. That is a mix that can produce dangerous sea spray icing.

– With ice spray a worst-case scenario is that the vessel’s stability is at risk. It is an unusual scenario, but still a risk not to be taken lightly, says Tommy Brune and continues:

– The ice spray often produces a thick layer of ice on exposed parts of the vessel. If the crew lacks the experience or the knowledge how to protect the vessel’s anchor windlass and mooring winches, the equipment can get completely encapsulated by ice.

In order to avoid the long and hard work to remove all the ice Tommy Brune suggests a simple solution:

– Just secure a tarp around the equipment before arriving in areas where ice spray may occur. Also remember to warm-up the windlass and winches well ahead of usage. And last but not least: in these challenging circumstances the officers need to secure the safety of the crew working on deck and at the mooring stations. 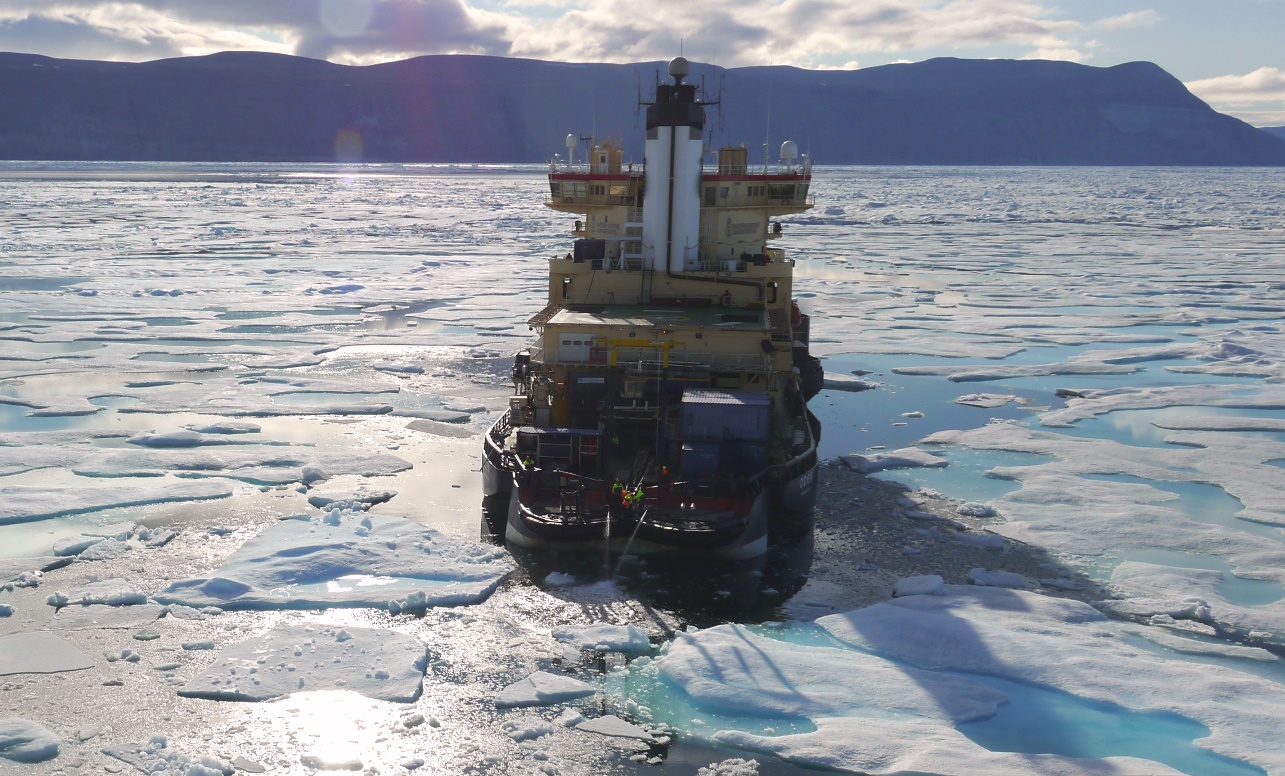 Tommy Brune’s discussions with icebreaker officers have revealed another worrying development. It is becoming more common that shipping companies or charterers order their officers to reduce the engine output to around 80%. It is a decision that cuts the vessel’s bunker consumption and has environmental arguments, but it creates a problematic situation in thick ice where all the vessel’s power is required.

– And then you have the fact that ice classifications are, among other things, based on the relationship between the vessel’s displacement and engine power. If the engine output is 80% that relationship is compromised. The ice class becomes inaccurate and that leads to issues when the icebreaker gives instructions to the vessel.

Many officers get in a tight spot by the two conflicting orders: forward by lower engine power versus full speed ahead if the circumstances so demand.

– This problem has led to situations where the icebreaker has had no other option than to threaten to leave the vessel without assistance if the crew does not comply with given orders. And it is a sad fact that we at Alandia are seeing more damages related to officers lacking the integrity to command their ship as they should. That’s is a very troublesome development.

That is why Tommy Brune now hopes the shipping companies and the charterers will re-evaluate their decisions.

– It is all about creating a safe company culture that encourages the officers to make the needed decisions that the situation at hand requires.

Back to basics: caps and gloves

The last few winters might have been milder, but Brune points out that the ice coverage varies over time.

– Between 1995 and 2010 the ice coverage in the Baltic Sea increased, but during the last ten years it has decreased. Still, if we go further back in time and compare, it looks like the coverage increases every 10 to 15 years. A major top occurred during the 1980’s and we can probably all remember those cold winters.

As the periodicity is rather extended , it has a worrying consequence: many crews are lacking the desired knowledge level and experience of ice and winter navigation.

– Knowledge is perishable, it needs to be constantly maintained. That is why fewer and fewer officers know how to prepare and handle their vessel in the Nordic winter environment.

That also includes something as basic as proper clothing and equipment for the crew.

– For those of us growing up with four seasons and colder periods the layer upon layer thinking comes naturally and we put on a cap and gloves without thinking. But it is not obvious to a crew member that is new to cold weather. I experienced that myself back in 1997 when international crew members were introduced on vessels under Swedish flag. 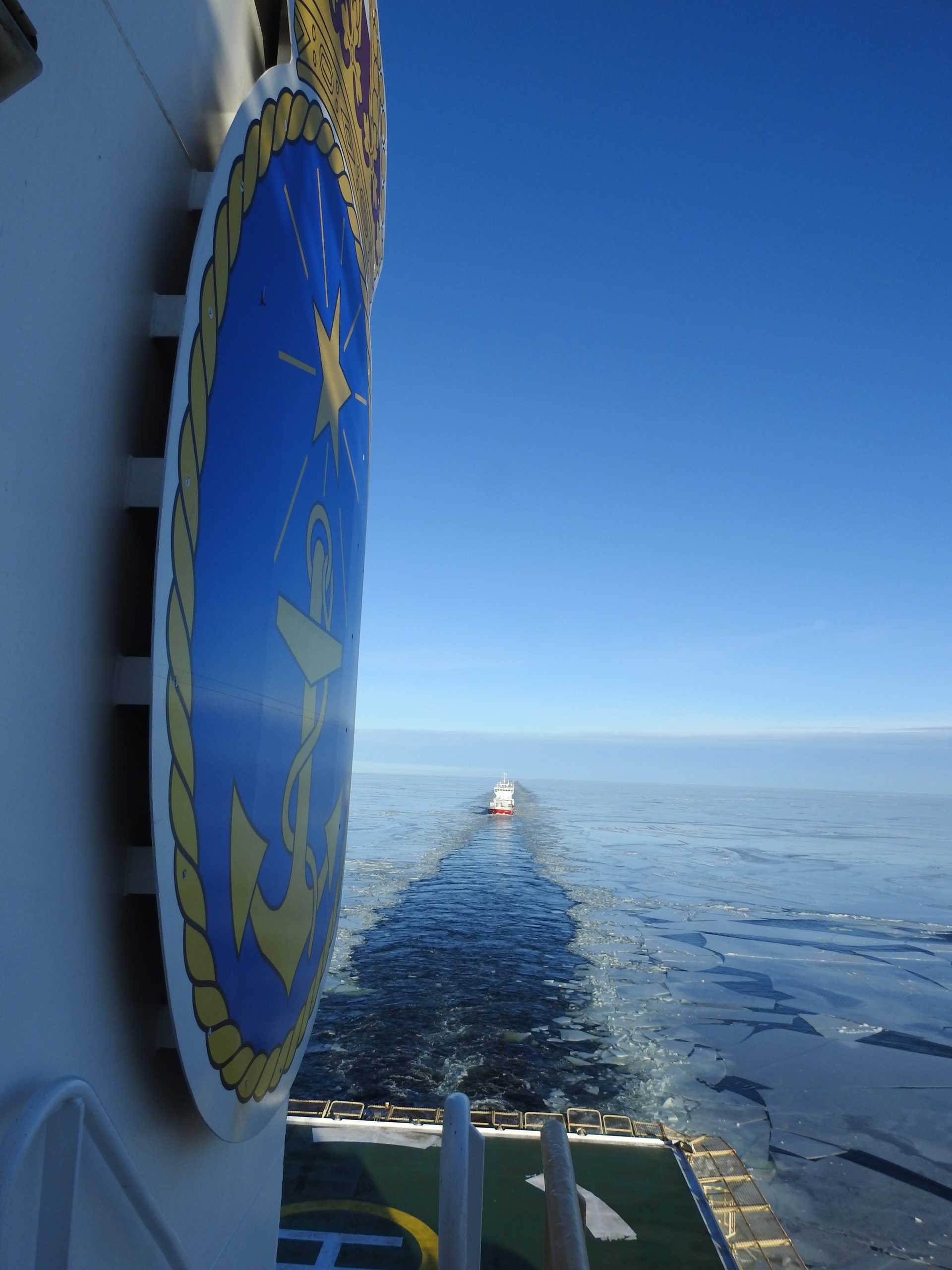 When it comes to the ice situation, there are two realistic future scenarios. Either the upcoming winters will get colder due to the weakened Gulf Stream, or then the ice coverage will continue in the line with the last 30 years. Regardless of what the future brings, Tommy Brune hopes for an overhaul of the icebreaker fleets of Sweden and Finland.

– The icebreakers themselves are in good condition, but the engines are getting old. That means it is both expensive and time consuming to get spare parts. Still, the main argument for an overhaul is the trend we see in the Nordic ports. The vessels are getting bigger and bigger but have weaker engines due to bunker consumption and environmental regulations. That is a trend that puts higher demands on our icebreakers.

The icebreakers in both the Swedish Atle class and the Finnish Urho class are now roughly 50 years old and the vessels in both series have a beam of 24 meters. But a growing number of vessels arriving in winter ports will require a beam of 32 meters.

That is why Tommy Brune hopes the ongoing Swedish Maritime Administration project Isbrytare 2020 will reach a green light for new icebreakers.

– Today the Swedish Maritime Administration has a mandate to deliver design documents by the end of the summer. After that a political decision is required regarding further financing of the procurement process. And I see it as an essential next step if we want to secure the import and export through the many ports in the Gulf of Bothnia.

Risks and rules in respect of winter navigation