To avoid incidents, seafarers need to apply their knowledge and act with awareness. However, relying solely on human memory and a consistent level of performance is always a risk, which is why we have checklists and company procedures in place onboard. The SMS is a practical tool and should be regarded as such - not merely as a compliance-driven document.

Only following generic checklist: The Engineer is following the routine maintenance checklist. In accordance with his daily routine, he does the checks automatically, without engaging further in his tasks. Since the human brains are constructed to save energy, routine work often becomes dangerous because we tend not to be alert for hazards. When not paying due attention, the Engineer may easily overlook the little extra sound that could be a sign of something being seriously wrong with the engine.

Only doing knowledge-based practice: Late at night, the Captain is preparing for departure just as he has many times before. He rarely looks at the company’s checklist, because he finds following the checklist more complicated than doing things from memory. Due to the rough weather and many wake-up calls the night before, he is tired.  When we are tired, our situational awareness is decreased and our logical thinking hampered. The Captain forgets to start the steering gear pumps.

In both cases, safety risks are elevated.

Knowledge-based procedure entails that seafarers use both their knowledge and a practical tool, such as a checklist and/or SMS, to avoid memory lapse.

SMS/checklists should be brief, concise and practically useful for the vessel and the operation at hand.
Company culture should encourage seafarers to trust their knowledge and experience. 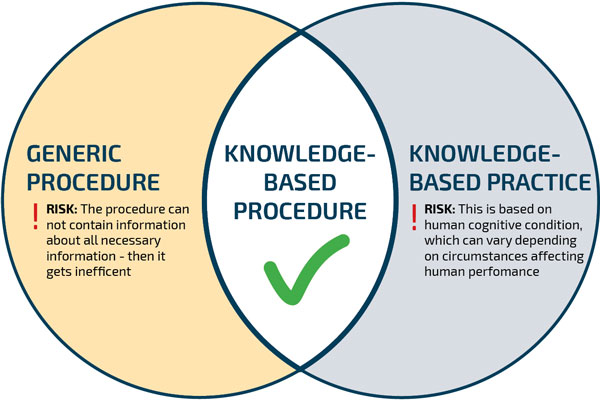 Situational awareness describes our ability to perceive all elements around us and evaluate their impact on a given situation. Our situational awareness is dependent on our own current condition, which in turn is affected by factors such as rest, nutrition and cognitive alertness. Situational awareness also depends on the external circumstances, such as the information, technology, and visual references available.

The Deck Officer holds a short crew briefing in preparation for the mooring operation. He has recently recovered from the flu and is still tired. Since there is currently a lot going on in the company, he has a lot on his mind. The crew know each other well and are trained to report any issues. A member of the mooring team complains about a teammate who is always forgetting about the danger zones on deck when mooring. The Deck Officer knows that the two crew members do not get on that well. He is slightly irritated at the crewman who is again picking a fight with the same teammate – he has neither the time nor the energy to solve another argument right now. The Deck Officer ends the briefing and the mooring operation begins. The deck crew prepares the mooring lines. Suddenly, one of the taut mooring lines breaks and snaps back. One of the crewmen standing inside the danger zone is hit by the broken line. 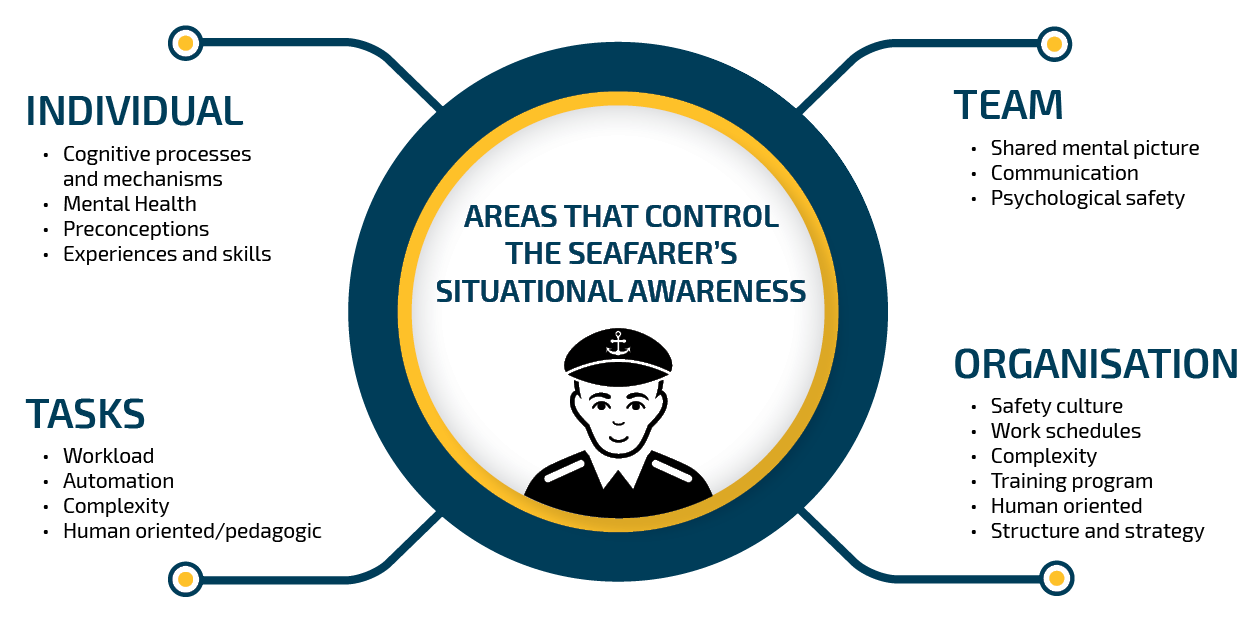 In order to provide seafarers with optimal performance conditions, we must continuously develop in four different areas:

Water- and weathertight doors and hatches